Research carried out by Spanish scientists has shown that taking probiotic microorganisms on a regular basis can bring improvements for a range of health problems caused by the bacteria Helicobacter pylori, including diarrhoea and intestinal inflammation.

The bacteria Helicobacter pylori is responsible for the majority of ulcers and also, in many cases, for inflammation of the stomach (chronic gastritis). The bacteria can weaken the stomach lining so that digestive juices damage this sensitive part of the stomach.

Helicobacter pylori reproduces in the intestines and is usually found in childhood. It affects two thirds of the world´s population affecting all ages. It is more common in developing countries or in regions which are densely populated.

The bacteria may be transmitted from person to person via foods, water or direct mouth to mouth contact, and is more commonly transmitted between people who live together.

Most people who have been infected with the bacteria show no symptoms. As the bacteria takes hold the immune system responds accordingly, which in turn generates inflammation and erosion of gastric mucus, which can lead to ulcers, chronic gastritis and in some cases stomach cancer.

The bacteria may manifest itself in the following ways:

It is worth highlighting the fact that many people have these bacteria in their stomach but show no signs of ulcer or gastritis. It seems that for damage to take place other factors also play a part. These may include lifestyle, coffee consumption, smoking and alcohol consumption.

Among the various tests carried out to identify the presence of H. pylori we can find the following:

This breath test is used to indicate the presence of the bacteria H. pylori in the stomach. The test is also used to determine whether treatment to eliminate the bacteria has been successful or not.

Analysis of antibodies in the blood

This type of test is to confirm that the immune system is producing substances to combat H. pylori infection (antigens of H. pylori).

The faeces antigen test is carried out to help with the diagnosis of infection by H. pylori or to check if treatment against the bacteria has been successful.

During an endoscopy, a biopsy of the stomach lining and small intestine is taken. A range of tests can then be carried out on the biopsy.

Remember, FLORA DIEZ will help to maintain the correct balance in your intestinal flora and help to prevent health problems. Moreover, its effectiveness has been shown in cases of intestinal inflammation and discomfort, difficulty with digestion, gas, diarrhoea, abdominal pain, etc. FLORA DIEZ is perfect for coeliacs and people who are lactose intolerant. It is resistant to antibiotics and survives passage through the digestive tract.

Taken regularly, probiotics can bring improvement in a range of problems caused by the presence of the bacteria Helicobacter pylori. 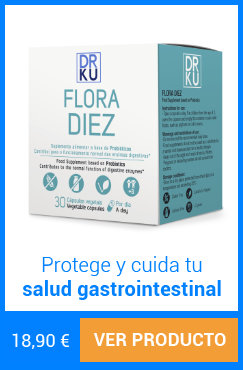 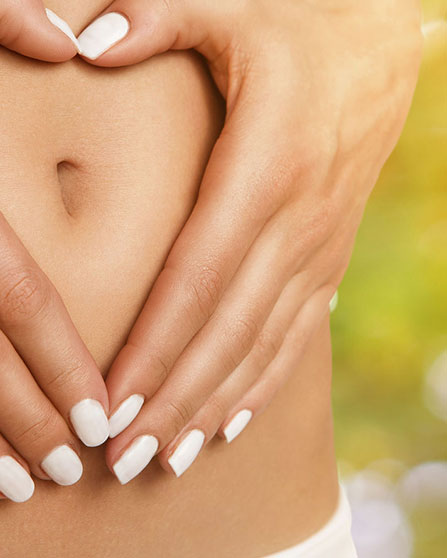